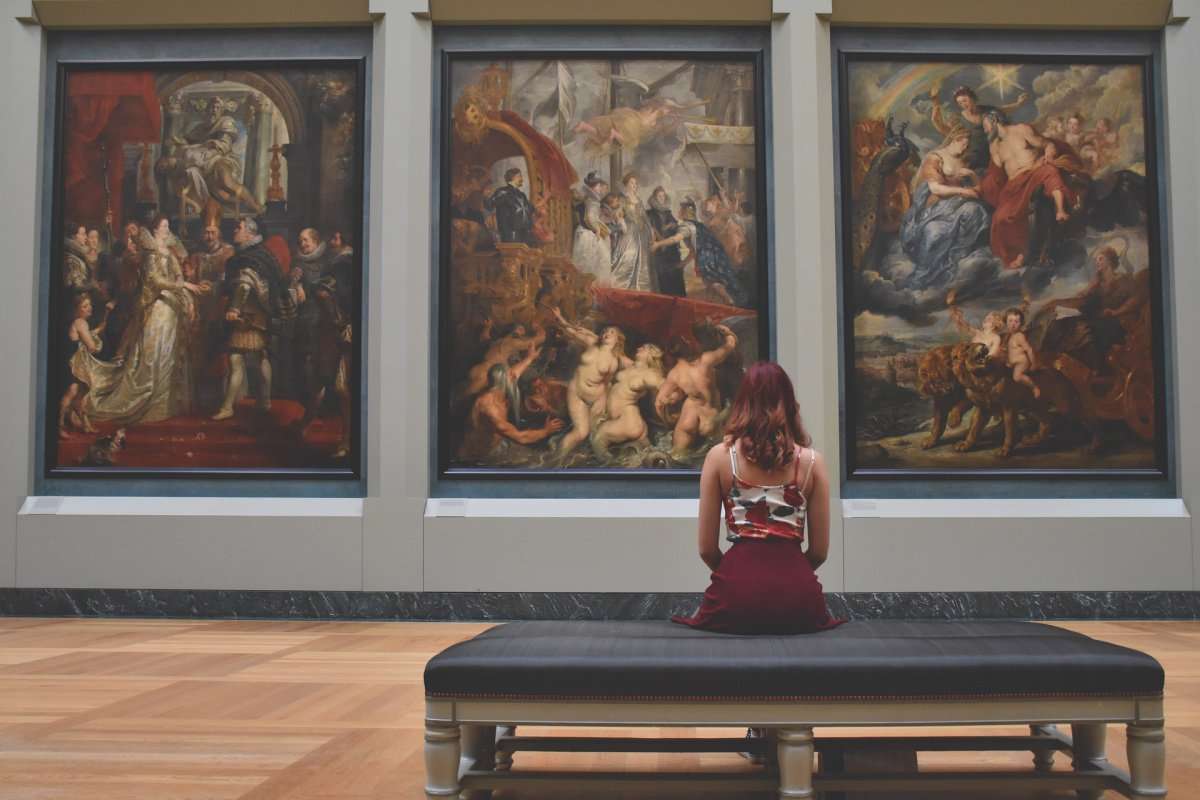 One of my favorite places to go in my host country was to the National Gallery, which we were fortunate enough to have in Dublin, Ireland. I loved traveling into the city centre and walking down the busy city streets. The walk from the bus to the gallery is always crowded. Bus stops and people waiting line the street. The shops on the street bring meandering tourists who often veer to the right when everyone else knows to veer to the left on the narrow sidewalk. Buses and cars whizz by and exhaust fills the air. These things made the walk to the gallery like a maze—an energized, smelly, exciting, sometimes irritating maze. But when I’d pull open those huge gallery doors, everything changed. It was a different space altogether. It was bright and airy, and quiet. Even before going to look at any pieces of art, it felt like I was standing inside of it; like I was a part of the display. The air itself felt beautiful.

So much can be learned through the art of a country and its countrypeople. They pour out their history, point of view, joys, pains, grief, and celebrations on the canvas. Through art, they tell us their stories. It can be through the colors they use, the scenes they paint, the circumstances and situations they depict. It can be through the faces of the people in the paintings or in the color of the sky. Each piece of art is sharing something, framing a scene for us to see.

In my early years, I found the art of my host country sad and depressing. But as time passed, I came to appreciate it more, and I would make a beeline for the Irish art wing anytime I visited. I wanted to know more about my host country. I wanted to understand the pain they felt, I wanted to understand their joys and be able to join them, at least a little more, in both. The Irish have a long and painful history: they were invaded (over and over again by many different groups), they were occupied, repressed, told they were barbarians, the culture and Irish language were outlawed, they lived in poverty, they had their land taken from them and were forced to work on that same land as servants, they starved (there were two famines in Ireland just over one hundred years apart!), they left their homeland in an effort to survive and to try to find a better life. It makes perfect sense to me now why the art depicts what it does.

My favorite painting in the gallery is one of the village where I lived. I spent many hours peering into that painting (and kindly being asked to step back a little when I got too close). It’s a picture of the main street of our village, a military man and his wife are dressed finely, and barefoot children are surrounding them and following them as they walk, playing their tin whistles and pretending to be a regimental band. The church in the background still stands there on Main Street today. When I first discovered the painting, all I could see was the occupation of the wealthy military man and his wife (who would very likely not have been Irish) and the poverty of the dirty barefooted children in their raggedy clothing. But later on, after discussing the painting with a friend who shared what they saw, I started to see something different. I started to see the joy on the children’s faces. The soldier looks stern, but the woman seems to be encouraging him to see the playfulness and fun in the situation while others around them watch, waiting to see what the soldier does. There is so much to see and learn from in the painting while at the same time being beautiful, and depicting a place that I myself have walked hundreds of times.

Art tells stories. It tells them in quiet but powerful ways. It allows us to take it in at our own pace. We can join in through observing (not only a painting, but the whole space you find yourself in and the people who are there), or we can dig deeper and imagine ourselves in the scene. We can learn about the artist who created it and why. The possibilities are endless. We can also watch for patterns and themes as we look at more and more art. I highly recommend visiting a gallery or exhibition in your host culture or even looking at art online about the culture or created by artists from the culture. Wherever you are, take a moment to observe and learn and imagine.

Week 2 in the “Grow Your Culture Knowledge” challenge focuses on the arts. It’s not too late to join the free challenge!

Image by Pexels from Pixabay 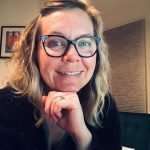