My story with postpartum depression on the field

I’m still surprised by it. Seventeen years later, there is a tiny piece of me that feels a tad nervous, a tad concerned for how I might be perceived. There is no reason to feel this way, but the ongoing stigma surrounding postpartum depression in Christian circles creates a great deal of hesitancy to talk about it. PPD affects millions of women, every year, all over the world, but for many women it’s a hidden story. I had never heard of it until I went to nursing school in the mid-90s, but even then, it was only touched on. I never heard Christian women talk about it, and when my friends started having babies, the condition only came up on occasion. And I never expected it to happen to me…

I was a busy young nurse, finishing a three-year assignment in rural Kenya when I returned to the states to give birth to our first child. My husband and I educated ourselves on childbirth and had the perfect birth plan. As a nurse, I had in mind what I wanted from the childbirth experience, the aftercare, and recovery. I was nervous, but I felt totally prepared to have a baby. My husband was overjoyed about becoming a father, and even though I knew it would be hard to pull away from “my work” for a while, I felt pretty good about entering into motherhood. At the same time, I was dealing with a profound sense of grief, a sort of discontent-homesickness, after three intense years in Africa. I missed my Tharaka friends, my teammates, and the equatorial sunshine. This weighed on me during the last trimester of my pregnancy as I tried to imagine and prepare for the “next place” we would land after the baby was born.

The birth did not go as planned, and instead of the dreamy birth experience I had in mind, it was a traumatic event that included my own body being assaulted by the on-call OB during the delivery. The baby was fine, I was going to eventually “be fine,” but the damage done would require months and months of healing. As my husband and I adjusted to our precious little boy, I kept hoping the overwhelming sadness that gripped me would just go away. I was over the moon one moment, and in complete despair the next, but my midwives and mommy-friends assured me this teeter-totter of emotions was normal—my hormones were surging, my body was healing. Normal, this was normal. The “normal” emotions lingered for weeks upon weeks and I found myself in a cave of utter fear. My husband seemed to be doing just fine—changing the diapers, burping our son, taking him for a stroll. Meanwhile, I became afraid to go out, afraid I would do something wrong, afraid of my own anxious thoughts.

Some of the anxiety I was experiencing was coming from the pressure I felt to move back overseas. The pressure was primarily coming from within myself and the well-meaning comments from supporters and our sending churches. Congratulations over the birth of our son included comments like, “When do you go back?” “Where are you headed next?” “What will you be doing when you get to Asia?” My husband assured me there was no rush, as he was quite aware of my anxiety and depression. In fact he encouraged me to talk about it with someone, or see a doctor. But, not wanting to be the one holding us back, I put on a happy face and convinced my husband and myself that I was ready move to our next assignment.

Ten months after the birth of our son, I arrived in a polluted, bustling college town in Southern China, at the tail end of a chilling winter. All the energy and enthusiasm I had garnered back in the States to “get going,” crumbled within weeks of our arrival. I found myself homesick for my friends back in Kenya and the States, I could barely speak Mandarin, and I was still having issues with my body due to the traumatic delivery of my son. Alleys, courtyards, and markets teemed with people, and yet I felt so isolated. Everywhere I went with my son, people stared, commented, and crowded around us. My confidence, energy, and patience waned. I lost interest in eating, and I laid down on my bed every chance I could get, but I never really slept. I avoided talking with my husband about my struggles and would cry secretly when he was in language class.

The days wore on. I resented the noise, the weather, my slow language progress, and the fact that I didn’t serve any purpose…at least not yet. My identity as a nurse and trained linguist got lost in the adjustment to motherhood and a new culture. Before the baby, I believed I had things to offer, but now I wasn’t so sure. My resentment toward everything and everyone turned into anger. The anger made me feel ashamed, which made me question my spiritual maturity, which made me feel like a failure, which made me feel like maybe I wasn’t of much value to anyone for that matter…so, why go on living?

Suicidal ideations, thoughts about harming oneself, is a symptom of severe PPD. For me, it was like punishing myself for being a depressed mother. I had been treading water emotionally for months and the ideations offered me what I thought was a way out. I wanted to stop feeling like a burden and reliving the trauma of my son’s birth. It didn’t matter how much my husband said he loved me, or the sweet way my son said, “Mama.” The depression, the move, the culture shock, the grief of leaving the familiar (again), distorted my reality. The ideations were like an escape. I knew, I knew, harming myself was not the answer to my pain, it’s just that I didn’t know how to live anymore. I knew exactly what was going on, but I couldn’t help myself get out of the pit I was in.

I prayed, I begged God to save me. I read Scripture, listened to worship music, but nothing seemed to change. Deep down inside I was worried that I would be judged by people in my church, by my family and friends, and by God. Maybe I would be sent home, deemed a total failure. So, I lied every day—to myself, to my husband, and my colleagues. I was so scared just to reach out.

Spring passed, summer passed. We took some short trips to the countryside, I attended some gatherings with other women working in different parts of the province, I began to get a grip on the language, and I made some friends. Within a year of arriving in the country, I was starting to do some health care outreach and consulting with a number of our organization’s projects. My son was growing and thriving in our new home. It didn’t happen overnight, but slowly, the depression started to subside. My body was stronger, my mind was clearer, I was building community, and had things to do again. At the same time, I was quite aware of the darkness I was coming out of. I decided to forget about it and not talk about it. Nobody had to know how bad it really was. But God knew about my bedroom window visits in the past– when I would stare out at the courtyard five stories below– and wonder: What if? Wouldn’t it be easier for everybody if I just…?

I will never understand why PPD hit me so hard– but the events leading up to and following the birth of my oldest child, certainly influenced my mental health. It was only later, during a counseling session, that the counselor brought up PTSD after childbirth. After finally reviewing my symptoms with a health professional, I got the validation I needed: I had experienced PPD related to PTSD after childbirth. I never experienced severe postpartum depression with my subsequent children. I kept waiting for it, but it didn’t rock me even close to what I had experienced with my first born.

I don’t want anyone to think PPD is resolved through suppressing it, finding a hobby, or a change in the weather. I should have gotten help. I should have been honest. I should have been on meds. I should have told my husband how bad it really was. I should have had some therapy to deal with my son’s birth and our departure from Kenya. There are a hundred should haves. I treaded water for far too long, suffering silently. It was if I had been adrift in an ocean. Eventually, I managed to move toward the beach, where I crashed from exhaustion. I could breathe and get myself onto warm sand. But all that time, when I thought I might drown, I rejected the lifelines and lifeboats–if only I had called for help. I ignored them, or just didn’t seem them in my view. I have had to reconcile this part of my journey with myself and God, to allow myself grace, not blame, and do what I can now to advocate for others.

What I really want you to know is: you are not alone and please, reach out. Don’t hesitate. There is absolutely NO shame, absolutely no condemnation for seeking help.
For all my mistakes, especially as a nurse who should have known better, I’ve learned grace and the understanding that God was always with me–in the valley, at the window, in the bedroom, everywhere. Now I share my story with the hope that others will feel safe talking about their own struggles. There is a freedom that comes with being honest about these things and my prayer is that the conversation around postpartum depression will serve to help others by bringing acceptance and love to those who really need it.

So, this is my story of PPD. This is part one of a four part series I’ve written. In part two, we will look at what PPD is and what to do about it; in part three I interviewed my husband to get the male/husband/father perspective; and in part four, we will talk about what organizations can do to help those who experience PPD on the field.

Again, if it happens to you, you are not alone, and we hope this series will inform, equip, and normalize these types of conversations. Global Trellis has created a resource page so you can easily find all of these posts in one place (as they go live). Globaltrellis.com/postpartum.

Photo by Aleks Dahlberg on Unsplash 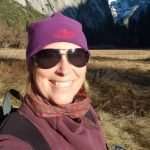 ← Four Seasons, Twelve Questions Postpartum Depression: What is it and what to do about it →