Three things you should know about coaching for cross-cultural workers

As seasons change and situations shift, great life coaching can remain a relevant piece of your support structure. This is especially true in the the world of cross-cultural work, where adapting to these changes is a key component of our ability to thrive.

Randy (names changed) and his family live in Eastern Europe. He came to me for coaching around some disillusionment and discouragement he had been going through. He had been questioning his personal calling and purpose as a cross-cultural worker. We were just getting started with a series of coaching sessions, focused on life purpose discovery, when Covid-19 hit. The result was a rug-pulled-out transition rather than a planned one. We quickly shifted our coaching sessions to focus on processing, debriefing and planning for the immediate future. We will eventually return to our original agenda together, but for now this is how our coaching relationship can remain most relevant.

The beauty of a good coaching relationship is that it can creatively adapt. Coaching can and should be flexible!

At some point productivity and purpose must intersect. This may come as a surprise, but when coaching global workers it’s not all about getting more done. I think in some circles there’s this false perception of coaching, that it merely focuses on areas of efficiency and productivity. The coach, in other words, is here to help you “win big.” What does that even mean?

More often than not, coach and client are addressing heart issues, underlying motivations, and core values, all of which help us make better decisions and win at life in the right way.

That’s not to say being productive isn’t important; it about defining what that looks like…

Sally, another client I work with, has set admirable goals related to writing and publishing her next book. While our coaching addresses measurable output and deadlines, Sally is just as concerned with what flows from her heart, not merely her hands. For example, she’s working on developing a rhythm of pauses throughout her day in order to ground herself and re-focus on God, the Source of her creativity. Since she struggles being consistent in this area, this has become part of our coaching agenda as we work together toward productivity and purpose.

While couples coaching is not for the faint of heart, it can meet a real need.

Couples coaching can work wonders in a number of contexts, but most of the couples I coach are going  through some kind of big transition. Transitions, especially ones that impact the whole family (and most of them do), are fertile ground for spouses to team up with a coach.

Tom and Emily are making a big move from a large city to a rural village in their host country in South America. Everything is changing for them and their two children. They are leaving a supportive community, established ministry roles, and trading private Christian school for homeschooling. While excited about the new in the transition, they want to make sure they aren’t leaving any unfinished business behind as they made plans for the future. This is just me speaking, but I also think they don’t want to kill each other in the process!

Emily is the list person in their marriage. Oh yes, those never-ending transition lists! She loves the fact that she can run through her list in our coaching sessions, while getting input from Tom and a clarifying question or two from me. Tom wants to lead his family well through these changes. He’s aware of his blind spots and uses our coaching time to establish boundaries and get honest feedback from Emily and myself. Together, they are realizing and honoring each other’s contributions and strengths they bring to this transition season.

These are just a few examples of how coaching addresses the needs of cross-cultural workers, possibly in ways you weren’t aware of.

What else would you like to know about coaching in cross-cultural work? What are some other myths we might be able to debunk? Help me write my next post for Global Trellis with your comments!

You will forever be marked by this COVID-19 season. How could you not be? Yet debriefing in-person is expensive and often not available. Whether you left or stayed, you have a lot to unpack. Now you can.

Photo by Dikaseva on Unsplash 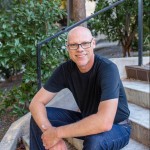 Husband of one. Father of three. Coach. Podcaster. Cross-cultural worker.